Can You Get a Warrant for a DUI? | Crowell Law Offices
[]
1 Step 1
Previous
Next
powered by FormCraft 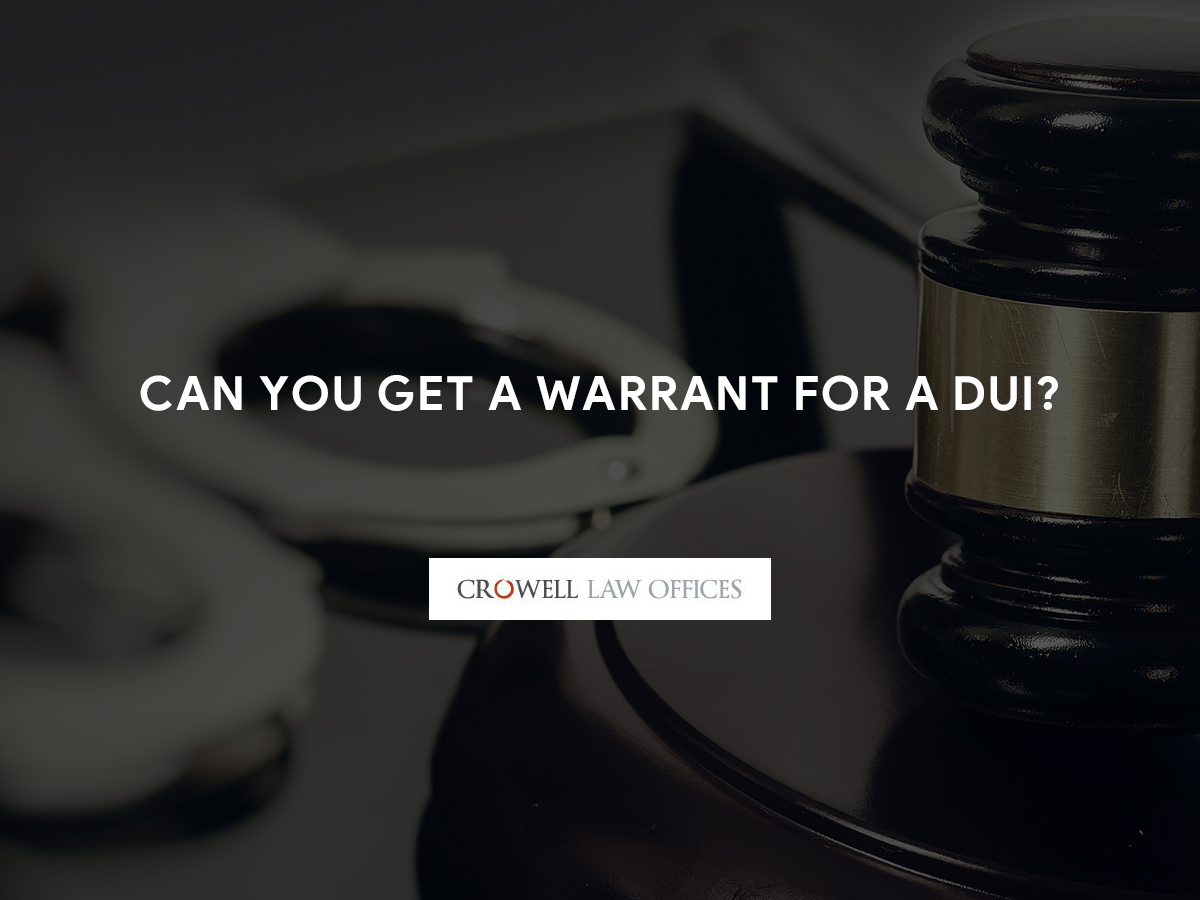 Driving under the influence (DUI) of drugs or alcohol is against the law across the country. People who choose to drive drunk or drugged put not only their lives at risk, but the lives of anyone who might come into contact with them. For this reason, state laws are very strict with drunk and drugged driving.

For many drunk driving incidents, the drunk driver will be arrested after being pulled over or causing an accident. But there are also cases in which it may be impossible to apprehend a DUI suspect at the scene. In cases like these, the courts may issue a warrant for the drunk driver’s arrest.

Continue reading to learn more about the DUI laws and penalties in California, how DUI warrants work and how a Sacramento DUI lawyer can help. This could help to prepare you for what’s to come if you’ve been arrested or have a warrant for a DUI.

Under California law, a person convicted of driving under the influence (DUI) can face severe penalties. In addition to license suspension, installation of an ignition interlock device, completion of a drug or alcohol treatment program, completion of a driver retraining course, and considerable fines, DUI convicts can also expect to face jail or prison time and face probation.

Some factors that are taken into consideration when charging and sentencing someone of a DUI include:

Since the consequences are so harsh, it is important you have a qualified DUI lawyer representing you so you can clear your name and get back to your life. In the meantime, you need to deal with any DUI warrants you might have.

There are two different types of warrants that can be issued for DUIs: Bench warrants and arrest warrants. The judge can issue arrest warrants when there is probable cause to believe you have committed a crime— in this case, a DUI.

However, arrest warrants for DUIs can only be issued when the accused is not found at the scene when law enforcement arrives.

Bench warrants are not issued for criminal activity but are instead issued when a defendant has failed to obey a court order, appear for court, or pay a fine. For example, if you were ordered to complete an alcohol treatment program within ninety days and failed to do so, the court may issue a bench warrant in your name.

Your DUI lawyer will be able to help you clear your warrant, whether you have a bench or arrest warrant, so you can get back to your life.

Get Help from a Respected DUI Lawyer

If you have been arrested on suspicion of drunk driving, or if you have discovered there is a warrant for your arrest involving drunk or drugged driving, you need legal representation.

Call a qualified Sacramento DUI lawyer at Crowell Law Offices to discuss your legal options. Reach us through the quick contact form below or by phone at 916-303-2800 when you are ready to schedule your initial consultation.