Is a DUI a Felony? | Crowell Law Offices
[]
1 Step 1
Previous
Next
powered by FormCraft

Is a DUI a Felony?

Home > Uncategorized  > Is a DUI a Felony? 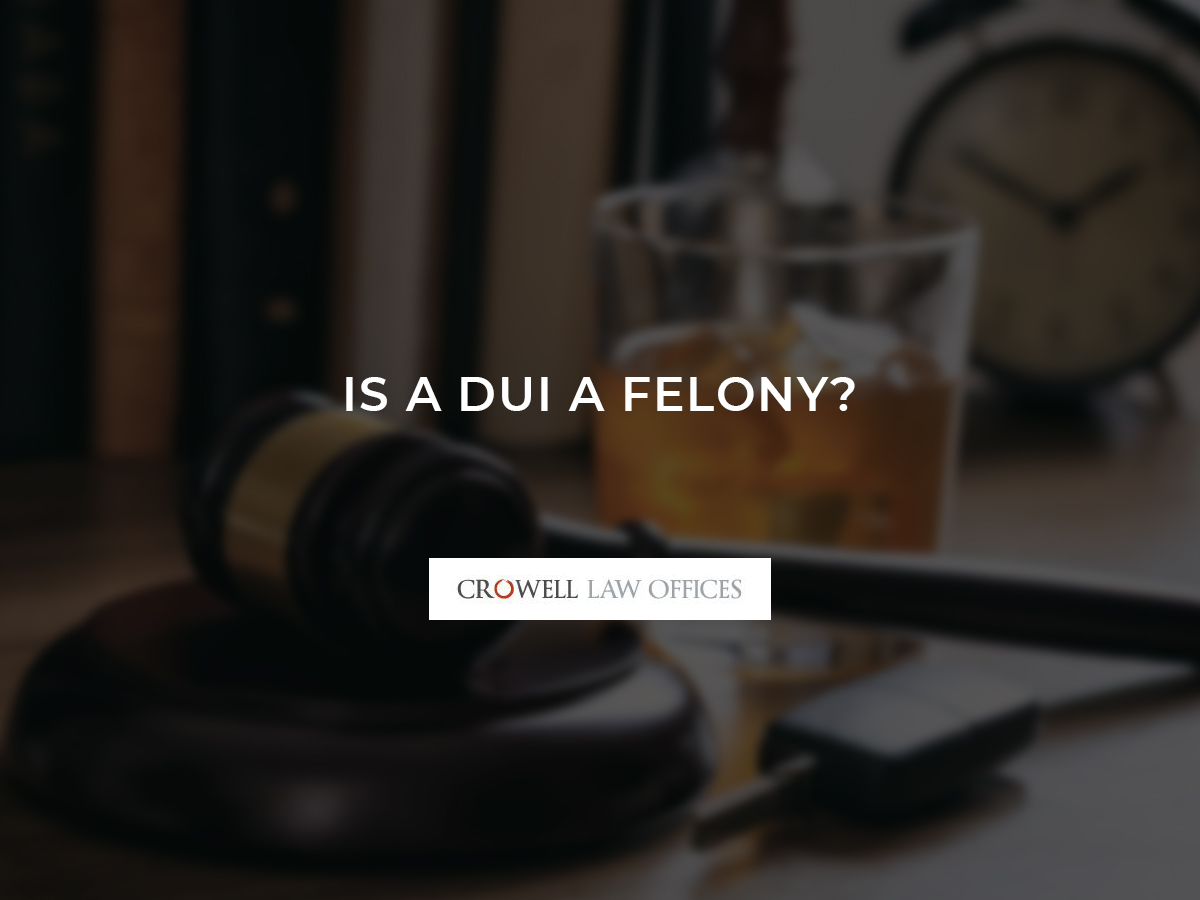 Is a DUI a Felony?

Being pulled over and arrested for driving under the influence (DUI) in Sacramento can have a dramatic impact on your life. But a conviction will be even more impactful. Many people know that felony charges often result in severe penalties, far greater than that of a misdemeanor. If you’ve been charged with a DUI in Sacramento, you may wonder if you’re being charged with a felony under California law.

Continue reading to learn more about the consequences for a felony DUI conviction in Sacramento and what your defense strategy might look like.

If this is your first time being charged with a DUI, you don’t have to worry about being charged with a felony unless someone was injured or killed in the process. First-time, second-time, and even third-time DUIs in California are all misdemeanor charges. Penalties for a first-time DUI conviction include license suspension, up to six months in jail, probation, and fines of up to $1,000.

Those facing second degree murder charges will face fifteen years to life in prison, whereas those convicted of a felony DUI will face fines of up to $5,000, license suspension, community service, probation, and maximum jail time of up to four years.

Due to the seriousness of the charges against you, it is critical that you reach out to a DUI lawyer in Sacramento. We can further discuss your defense strategy so you can avoid these devastating consequences.

Your defensive strategy will depend on the individual details of your case. Some of the more common types of felony DUI defenses include:

There are many different strategies that could be used to build your DUI defense. Some of the factors that could impact your defense include the details leading up to your arrest, how chemical blood alcohol tests were given, your blood alcohol levels, and the extent of the other party’s injuries.

Your Sacramento DUI lawyer will take a close look at the circumstances of your case to determine the best defense for you.

Speak with a Felony DUI Lawyer

If you have been charged with a DUI of any kind, you’ll need aggressive legal representation to defend your case. Contact a respected Sacramento felony DUI lawyer at Crowell Law Offices for a complimentary case evaluation.

Claim yours by calling 916-303-2800 or through the convenient contact form at the bottom of this page.