Is Drugged Driving the Same As Drunk Driving Under California Law? | Crowell Law Offices
[]
1 Step 1
Previous
Next
powered by FormCraft 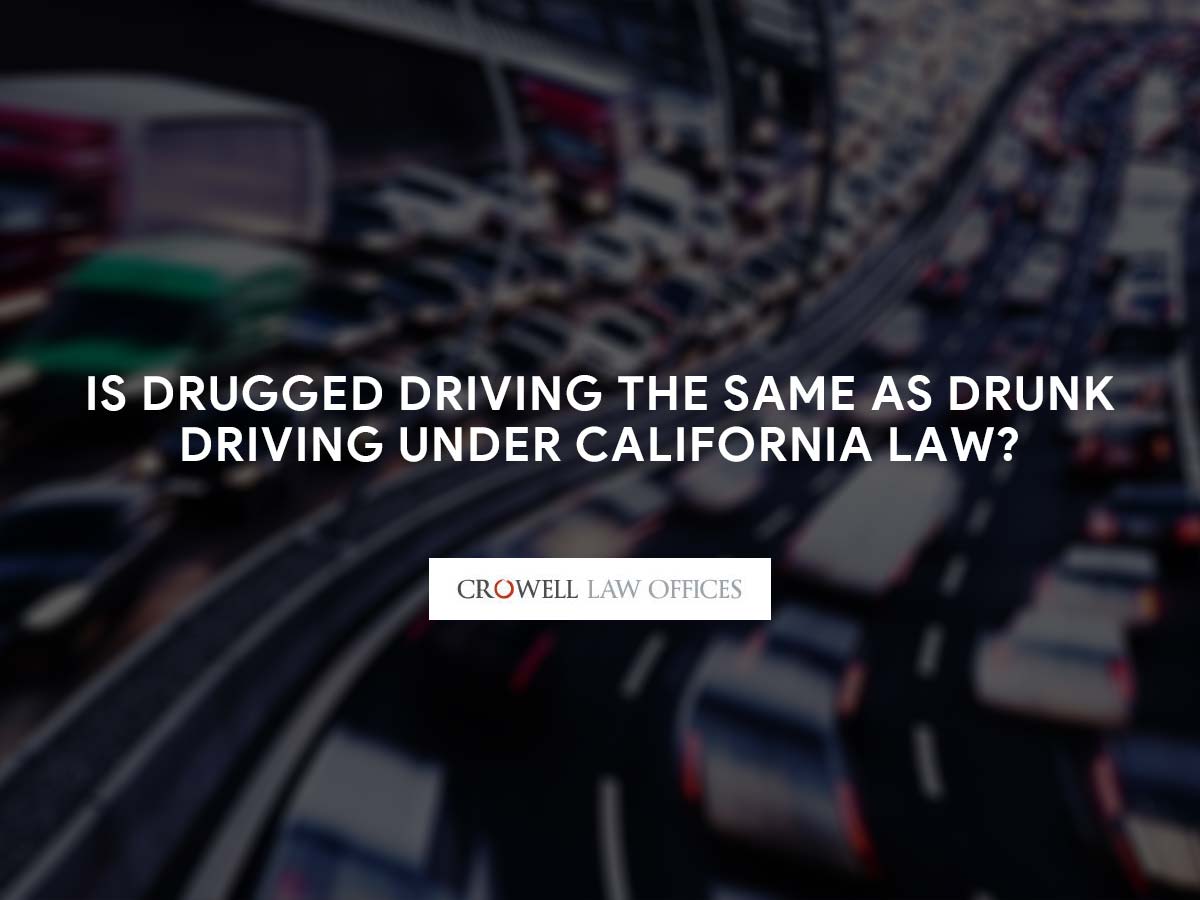 09 Mar Is Drugged Driving the Same As Drunk Driving Under California Law?

Posted at 13:30h in Uncategorized by Crowell Law Offices
Share

Operating a vehicle under the influence of anything is not only against the law, but the driver of the vehicle and anyone they come into contact with could suffer catastrophic injuries or even death if the driver crashes.

But one area that seems to have emerged in recent years is whether driving while under the influence of drugs is the same thing as driving under the influence of alcohol under California law. Below we describe the impaired driving laws in CA, the consequences of DUI convictions, and how a Sacramento DUI lawyer can help.

Under California law, it does not matter whether you are under the influence of drugs, alcohol, or are otherwise impaired. Any type of impaired driving is against the law and could result in severe consequences if you are found guilty.

Furthermore, people who use marijuana medicinally or are prescribed prescription drugs that can cause them to be drowsy or drive erratically can also be charged with impaired driving if stopped by law enforcement.

Penalties for a DUI Conviction

The penalties you’ll face if arrested and charged with a DUI can vary widely depending on a number of factors. For example, first-time offenders will often receive lighter sentences than the habitual offenders. Other factors that could impact your sentencing if you are convicted include:

Someone who has never been charged with a DUI before might expect to receive a six-month license suspension, be ordered to pay a $1,000 fine, and even spend as much as six months in jail. In contrast, repeat DUI offenders could spend up to one year in jail and have their license suspended for as much as four years.

Meet with a DUI Lawyer

If you have been arrested for drunk or drugged driving and need legal representation to help you clear your name, reach out to a top DUI lawyer at Crowell Law Offices. When you’re ready to take charge of your defense strategy, call our office at 916-303-2800 or fill out the online contact form we have provided below.