What Happens to Your Auto Insurance After a DUI? | Crowell Law Offices
[]
1 Step 1
Previous
Next
powered by FormCraft

What Happens to Your Auto Insurance After a DUI?

Home > Uncategorized  > What Happens to Your Auto Insurance After a DUI? 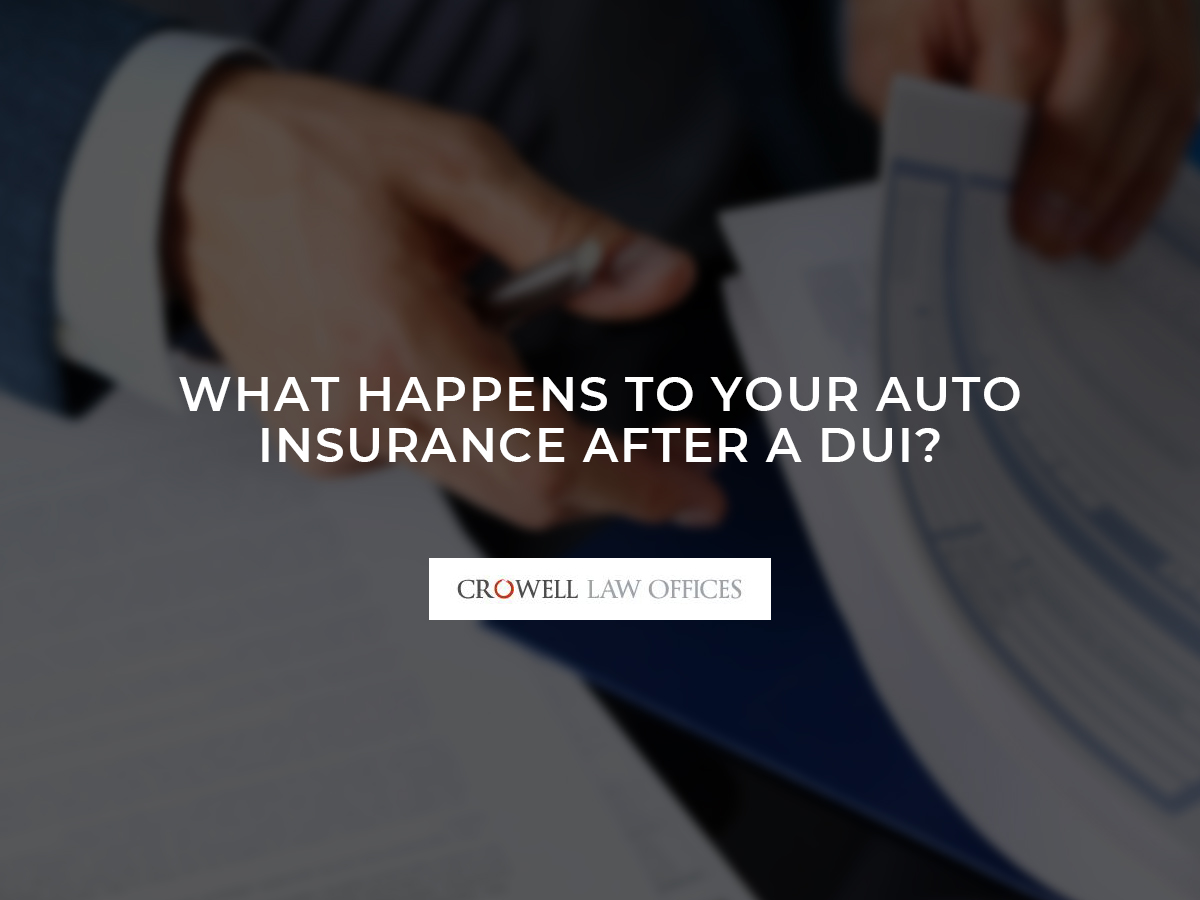 23 Sep What Happens to Your Auto Insurance After a DUI?

Posted at 17:47h in Uncategorized by Crowell Law Offices
Share

Being charged with driving under the influence (DUI) can be far more impactful than you might realize. Although DUIs happen frequently in California, that doesn’t make them acceptable in any way.

There are many legal, personal, professional, and financial consequences you could face if you are convicted of drunk driving. This means that it is critical that you be found not guilty. Below, we go into further detail about what the consequences are when convicted of a DUI in Sacramento, California, and how your auto insurance could suffer as a result of a conviction.

Consequences of a DUI in Sacramento

The penalties associated with a DUI in Sacramento will vary widely, depending on the circumstances of your case. For example, first-time offenders could expect to spend as many as 16 years in prison if someone else was injured due to the driver’s intoxication.

Fines could also be as high as $5,000. On the other hand, if no one was injured and this was your first DUI offense, you would likely be charged with a misdemeanor and could spend up to six months in jail and pay fines as high as $1,000. In both cases, you could also expect to have your license suspended for as long as two years and have an ignition interlock device (IID) installed in your vehicle at your expense.

Habitual DUI offenders can expect more serious consequences, including a three-year license suspension, up to one year in jail, fines, and probation.

In addition to the legal penalties of a DUI conviction, you may also find it difficult to find a good job, be accepted for affordable housing, and obtain federal student loans due to your criminal record.

What to Expect from Your California Auto Insurer

Depending on when your policy is about to expire, your insurance company could even drop you or refuse to renew your auto insurance policy if they consider you to be a risky driver. For these reasons, it is critical that you do everything possible to clear your name and avoid being found guilty of a DUI.

Your Sacramento DUI lawyer may be able to help you dodge a conviction or work with the prosecutor to obtain a plea agreement that could reduce your charges to an infraction. You can discuss your defense in greater detail with your attorney.

Meet with a Sacramento DUI Lawyer

If you are ready to work on your defense strategy but aren’t sure where to turn for help, reach out to an experienced Sacramento DUI lawyer at Crowell Law Offices. You can reach us by phone at 916-303-2800 or through the convenient contact form we have included at the bottom of this page.