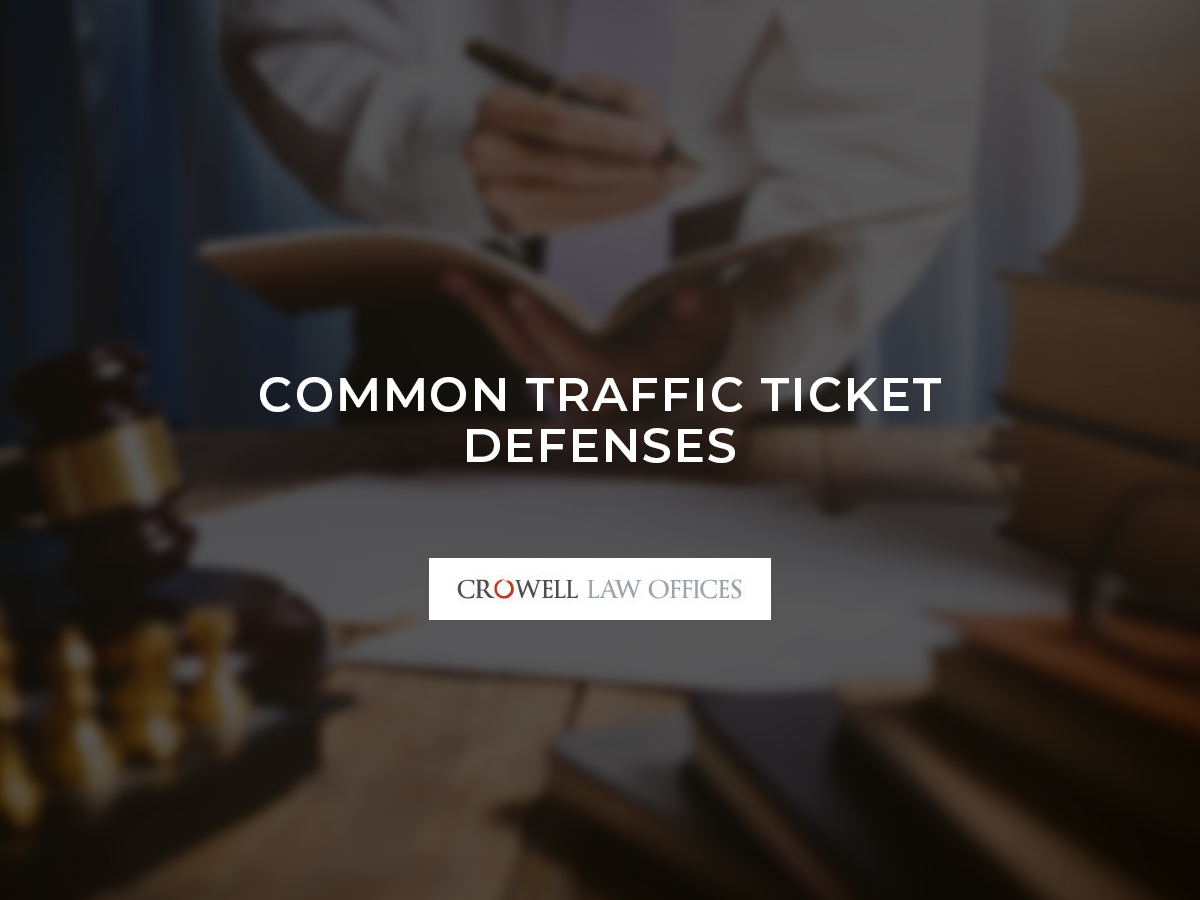 Drivers getting tickets is not uncommon. But many drivers will pay tickets instead of fighting them because they don’t think they’ll win if they fought it in court. The only way to know whether you should plead guilty to a traffic ticket (which you do when you pay the ticket) is to contact an experienced traffic ticket lawyer for help.

There are many different types of traffic tickets, each with their own defense strategies. You can read on to learn more about these various tickets and what you might expect from your own traffic ticket defense.

There are many different types of traffic violations that you could be ticketed for. It may come as a surprise to learn that in some cases, it is up to the police officer’s judgement whether your “violations” warrant the issuance of an infraction or citation. Some types of traffic tickets issued in Sacramento, California, include:

There are many other types of traffic tickets you could be issued. If you have been ticketed for a moving or non-moving violation that was not listed above, contact our law office to further discuss your potential traffic ticket defense.

The way your traffic ticket lawyer will defend your case will be largely based upon the type of traffic ticket you were issued. A number of factors will have an impact on the severity of your potential penalties, such as your prior driving record, whether you have been ticketed for the same issue previously, how long you’ve been driving, whether anyone was injured, and more.

In order for the prosecutor to win, they will need to prove that you had intent to violate the traffic laws at hand. For example, if you were late to work and driving 15 miles per hour over the speed limit, the prosecutor could argue that you knew you were speeding but did so anyway in order to get to work more quickly.

But if you were speeding because your pregnant wife had gone into labor in the middle of the night with few cars on the road, that might be considered a legitimate reason for driving over the speed limit.

Your traffic ticket lawyer in Sacramento will take an in-depth look at the details of your case to determine which defense strategy is most likely to result in dismissal of your ticket.

If you have been ticketed and want to know if you can or should fight it, meet with a respected Sacramento traffic ticket lawyer at Crowell Law Offices. Schedule your free, no-obligation consultation by completing the convenient contact form below or calling our office at 916-303-2800.